The visit starts from Basilica di Santa Croce, jewel of Lecce’s Baroque, and continues to Piazza Sant’ Oronzo square, where you can see the the Old Town Hall “Sedile”, the Roman Column and Amphitheatre, important remains of Lecce’s glorious Roman heritage. 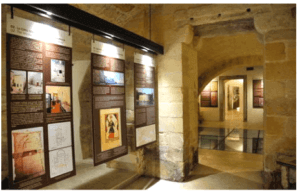 Walking through Corso Vittorio Emanuele street, you will see historical buildings of the 16th, 17th and 18th century and the Church of Saint Irene. Then you will visit Piazza Duomo square, with the Archbishop’s Residence, the Seminary, the Bell Tower and the Cathedral.

The tour will take you to the underground museum “Palazzo Taurino: Medieval Jewish Lecce”, situated in the core of the Jewish area, and in particular on the remains of the Synagogue, with its  mikveh and mezuzah. Here in the cellars of Palazzo Taurino is the start of a journey into Medieval Lecce, a journey into what is still even today largely unexplored. 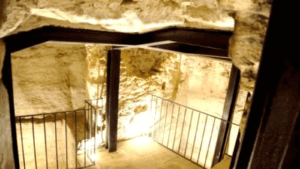